Have you ever made your own frozen chocolate log? In this recipe invented by Vanessa from @deliaciouss for Esprit Veggie magazine with our “On the Road” Pepper, we show you step by step how to make a delicious Viennetta-style ice cream log. The mix of Tellicherry black pepper, Arabica coffee beans, coconut chips and Ceylon cinnamon adds a touch of soul and some original flavours that your guests are sure to love, whatever their tastes – even vegans and and those who are gluten-free!

Vienetta-style frozen chocolate log with “On the Road” Pepper, Coffee & Co, the recipe 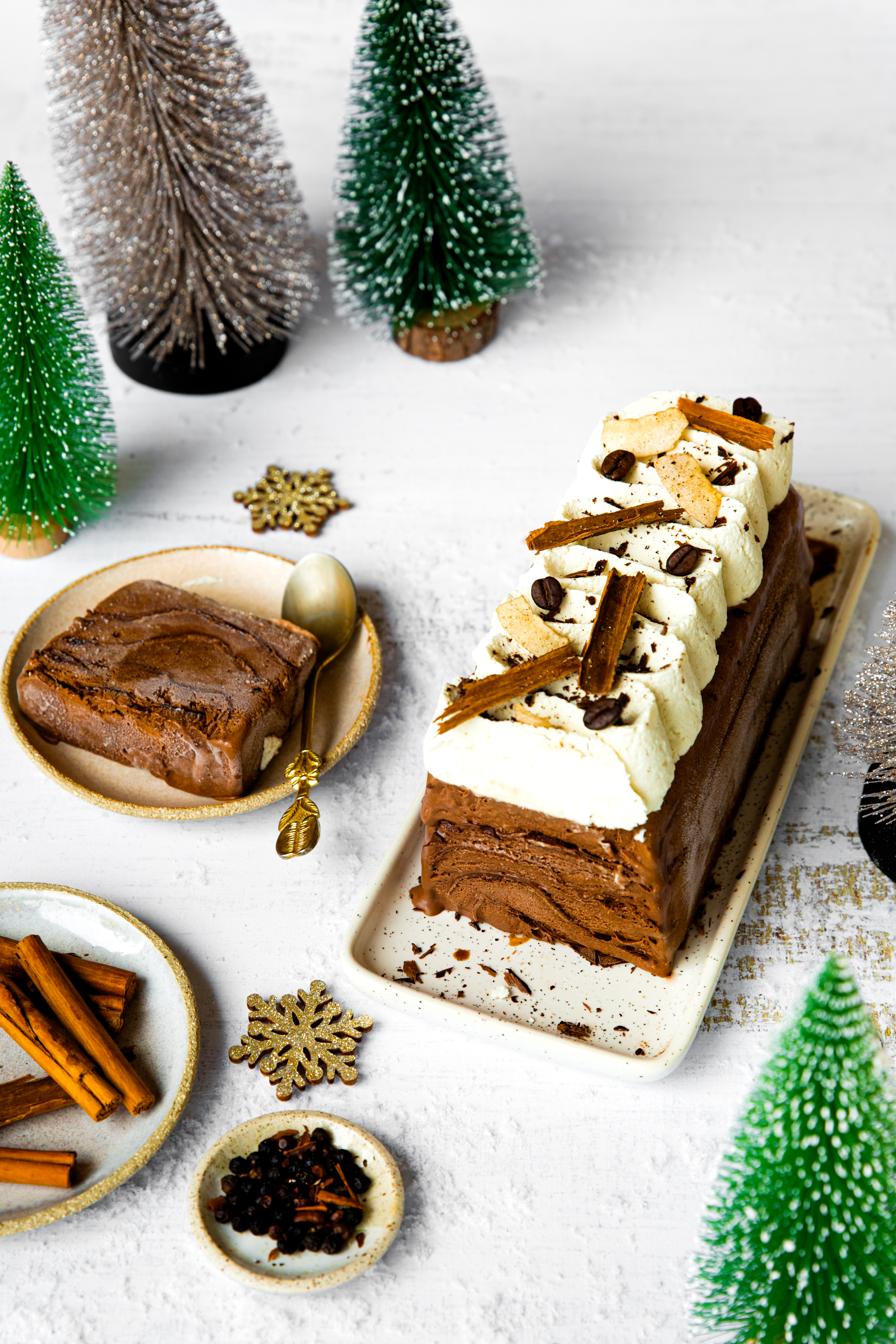 For the sheets of chocolate:

For the ice cream:

Melt to chocolate in a bain marie and add the oil. Spread onto a sheet of baking parchment to make three sheets, each slightly smaller than the dimensions of your rectangular mould. Score with a tooth pick or the blade of a knife.

Refrigerate for 30 minutes so the chocolate hardens.

To reduce the aquafaba, place 110g (the equivalent of one tin) in a pan and reduce to 80g over the heat. In another pan, bring the non-dairy cream to the boil.

Break 100g of chocolate into pieces, pour over the cream and mix together thoroughly. Add the ground “On the Road” Pepper, Coffee & Co. Leave to cool. Whisk the aquafina into peaks with the sugar to obtain a firm meringue mix. Fold part of the meringue into the chocolate cream then carefully add the rest, trying not to break the meringue.

Layer the mixture in the mould with the sheets of chocolate, starting with the meringue mix.

Place in the freezer for 12 hours. To remove from the mould, run a knife around the edge and dip the mould in hot water for a few moments.

To decorate you can use whipped vegan cream or just some grated chocolate.

What tea would go well with this dish?

To bring out the notes of cinnamon in the “On the Road” Pepper, Sweat Beauty black tea with cinnamon bark and cinnamon leaves makes a great accompaniment to this frozen chocolate log.

Lovers of natural tea might prefer a Chinese black tea like the delicate and mellow legendary Keemun OP.

Discover our “On the Road” Pepper, Coffee & Co