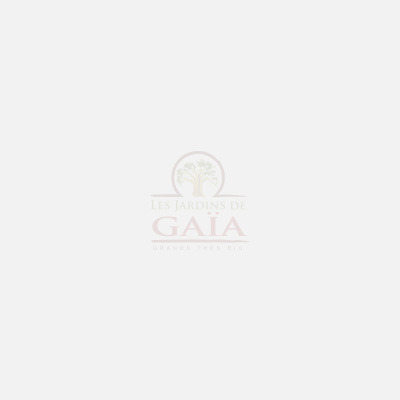 Ever since our first rooibos came on to the market in 1996, we have been paying regular visits to our South African partners in Heiveld and Wupperthal. We have always taken a keen interest in the land and the conditions the rooibos is grown in. We also love meeting our growers and catching up with our producer friends.

In September this year, Arlette Rohmer was invited to Heiveld to mark the 15th anniversary of the cooperative. She was able to see the involvement of all its members, especially in relation to a new project to acquire more land. This is a vital project for the future of the cooperative, which we are supporting.

The difficulty of finding land…

Only two percent of land in the Bokkeveld region, where most rooibos is produced, is owned by local small producers. The rest is divided between large landowners and the government.

At a time when arable land is becoming more scarce because of drought caused by climate change that seems to be here to stay, it is becoming increasingly difficult for small producers to gain access to land.

This problem is aggravated by the fact that the South African government also buys land which it only leases to a small group of farmers, automatically excluding small producers of organic rooibos.

An opportunity not to be missed

Therefore when an opportunity to acquire new farming land presents itself, it is important to seize it. This is what happened recently with the 74 members of the Heiveld rooibos cooperative which knows its future directly depends on the extent and quality of its land.

In 2001, Laurence Dworkin, who owns the Bloemfontein Farm nature reserve in Bokkeveld, agreed to give four hectares to the newly-created Heiveld cooperative on a 99-year lease. This ideally situated plot was used to establish a tea garden.

Recently Mr Dworkin decided he no longer wished to continue managing the approximately 2,750 hectares of Bloemfontein Farm on his own and suggested the cooperative might acquire it via a trust of which he is a member. Of this extensive area, 130 hectares are arable and 70 have been planted to produce wild and organically grown rooibos. The land is classified as a « nature reserve » because of its extraordinary biodiversity (there are 9,500 different plant species, 70% of which grow nowhere else in the world), which reduces the risk of pollution in the future.

It was a real gift!

To make the acquisition, the cooperative launched a crowdfunding campaign in January 2016. The campaign, which we supported and which is now up and running, has been promoted by fundraising on the group’s website (http://heiveld3fountains.org/about/).

Once completed this will allow the cooperative to increase the 512 hectares of land currently in cultivation to a total of 642 hectares.

Faced with the rural exodus affecting young South Africans in particular and which produces genuine socioeconomic deserts in the countryside, an operation like this will continue to preserve the magic of Heiveld and produce new generations of farmers. If this tale has touched your heart, get on board and support this project which we believe is so important to the future of the production of organic and fair trade rooibos!