Breathe Life: A recipe inspired by a love of nature and music…

We took our inspiration from the world of the Alsace artist Marikala when we created « Breath Life », a fresh rooibos recipe that evokes the rejuvenating effects of what the Japanese poetically call “forest bathing » (Shinrin -Yoku).

This new “in-house recipe” is the result of a collaboration with the Alsace singer who in 2018 spontaneously offered to perform one of her songs during a meeting and discussion we had organised between the late peasant-philosopher Pierre Rabhi and the psychologist Jacques Leconte.

In 2020, in the video “Chacun sa part” which people from the Colibris movement all over France took part in – including Pierre Rabhi who added his voice – Marikala truly moved us by  writing an inspiring song about respect for the Earth and Mankind. 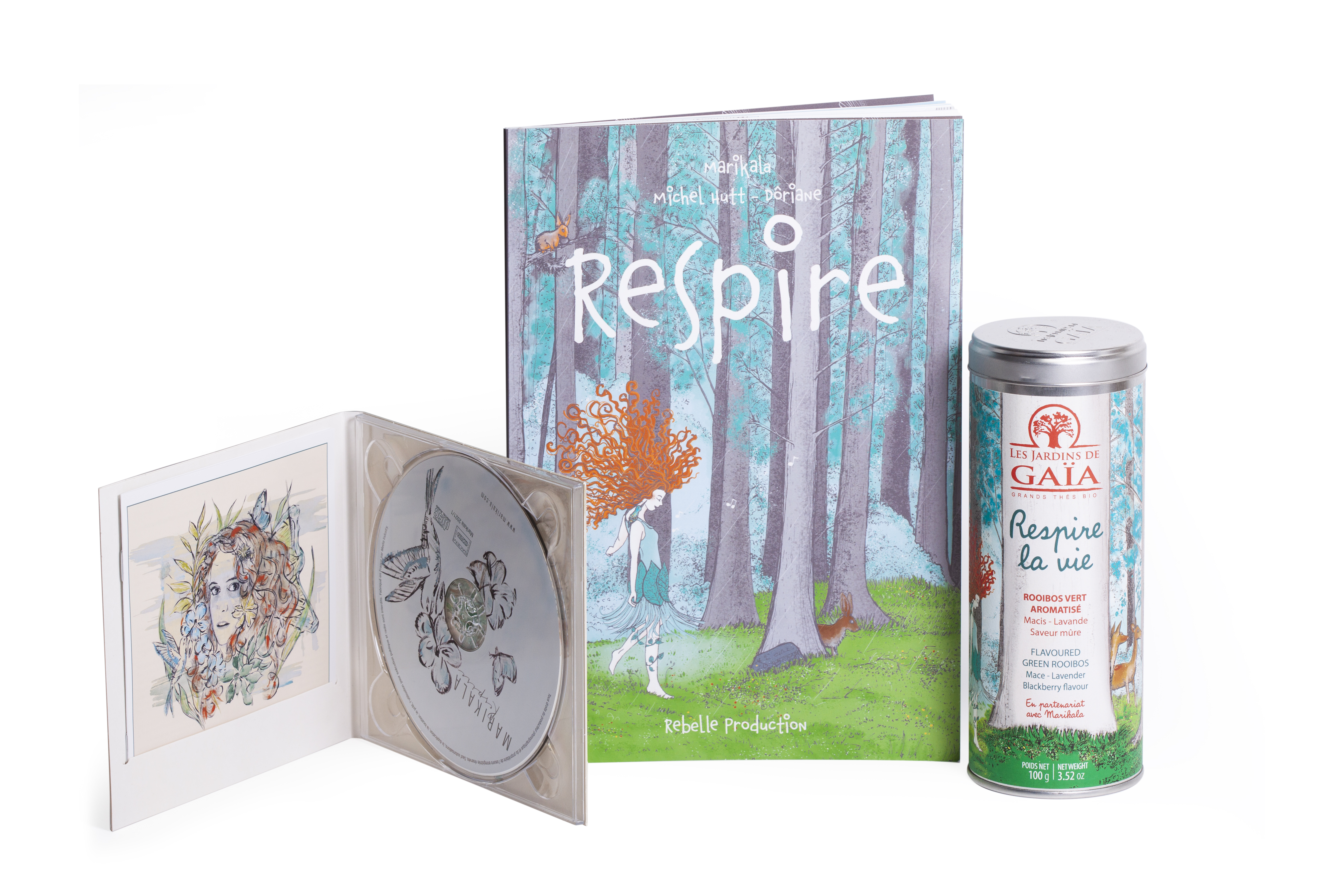 Since then, in 2021, the singer has gone from strength to strength by recording her new album « Respire » in the company of some famous musicians: Olivier Marly (who composes and arranges), Franck Bedez who accompanied Aznavour, Hallyday, Dutronc and Lionel Galonnier, the drummer, percussionist whose style draws on many musical influences.

At the same time, a book and a musical show have been produced aimed at raising children’s awareness about environmental issues of the future.

This “package” touched us and, inspired by its themes, which address young and old alike, we developed « Breath Life » with packaging illustrated by artist Dôriane that beautifully depicts the kind of preserved woodland world Marikala loves so much.

In perfect harmony, like the two tempos of the melody of life – inhalation and exhalation – we wanted to create a balance between fruity (blackberry, blueberry), floral (lavender) and spicy (mace) notes.

On a base of green rooibos with both vegetal and woody aromas, the recipe evokes the pleasure of relaxing while breathing air that is healthy and full of fragrance, such as might be possible during a walk in the forest. Each sip is an invitation to become aware of the fragile beauty of the world and the importance of preserving the treasures that surround us by making us want to breathe in life to its fullest!

As part of our work in supporting the arts, music and local initiatives whose values ​​we share, Marikala’s show-album-book project is also supported by the Jardins de Gaia endowment fund.

Breathe Life: A recipe inspired by a love of nature and music…